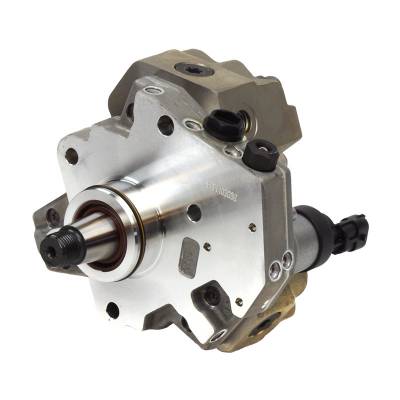 This Modified CP3 offered by Industrial Injection is almost a drop in replacement for the stock CP3 fuel pump. The Modified CP3 fuel injection pump flows 85% more fuel than a stock pump and adds up to 200 Horsepower depending on how the truck is set up. This injection pump was created specifically to keep up with the demands of very aggressive fueling chips and performance injectors. You can choose either a Re-Manufactured or a New CP3 with this configuration.

All of our Modified CP3 Injection Pumps have our CP3 Technology, Microblue coating along with 60/65 Rockwell Hardness and Black DLC coating.