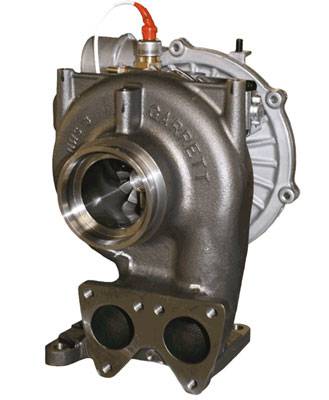 Turbocharger Performance and DTC P2563
DTC P2563 typically occurs on vehicles that are driven at high temperatures and towing heavy loads. P2563 sets when the ECM detects the turbocharger actual and desired vane positions are not tracking. When this happens, the turbo unison ring will stick in a high turbo boost request position while the ECM requests a lower vane position and/or a lower turbo boost pressure. Due to the vanes sticking in a high turbo boost position there may not be any loss of power noticed before the P2563 sets. Once the turbo vanes begin to stick, then it is suggested that the turbocharager assembly be replaced.

Also remember to check for kinked or damaged turbo oil feed lines, as that could also cause the turbo unison ring to stick. 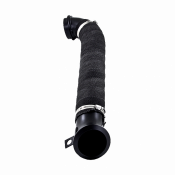