This product is not legal for use in the State of California.

Just like the VP Smarty does, except #0, all other softwares have a modified "Torque management" ( TQM ). The throttle response is greatly improved but is set to a save limit. With "Save" I mean save for your tranny and rest of the driveline.

Tested on stock trucks on a Mustang Dyno

The trucks were S T O C K, even the wastegate settings! We checked the "baseline" ( the stock truck Hp at the rear wheels ) twice in a day in order to be sure about our findings. The above declared HP numbers are all rounded down to the closest number. For example the 90 Hp file actually did 96 Hp. That's a 90 Hp software for me, not a 100. The 170 Hp was 174.

One thing to notice

The power gains with the 03's-04's would be actually higher if we started from a 235 Hp engine. In poor words, an 03 California truck would end up with the same rear wheel Hp the 03 6Sp produced. I've used the same settings for the California AT truck that I used in the 03 6Sp. For the 03 235Hp/460TQ engine the power gain is above 200 Hp.

No trace is left in the ECM!

No matter what the competition claims , in one way or another they're ALL detectable. Smarty is NOT!

The tire height can be adjusted up to 44" in increments of 10 tenth of an inch in just a couple seconds. Of course, Smarty needs to be VIN# locked to the truck in order to get into the ABS adjustment section.

The name says it all. You can read and erase codes. Codes are also displayed in plain English so no having to decipher some engineers shorthand. That's old news by now. The VP Smarty was the first one to provide that utility, others found the idea to be a good one too. ( Smarty does erase ABS codes too, but does not display them )

Faster than anything else on the market! Again we've done our homework on the protocol. Depending upon the year of the truck (Then newer the truck than longer the software thus the update time) from about 3 minutes to about 5 and a half. Three times faster than a DRB or competitor.

Also on the CR we have developed our own bootloader in order to not have to pull fuses should an update become interrupted for any reason. All you have to do is to turn the key off / key on Smarty does everything else on it's own.

If you have followed the Smarty for the VP trucks, then you've noticed that we have release several updates for it in a relatively short time. Well, you can expect the same to happen for the CR. The CaTCHER softwares as they are today are only a starting point. Expect major news within the next months! We’re for your feedback, opinions, likes, dislikes... We will make Smarty do what YOU want, TOGETHER. 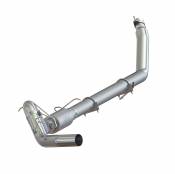 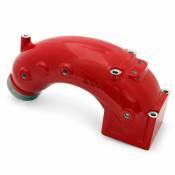