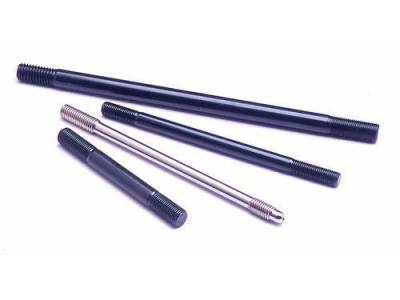 CUSTOM AGE 625 PLUS®: This newly formulated super-alloy demonstrates superior fatigue cycle life, tensile strength and toughness – with complete resistance to atmospheric corrosion and oxidation. ARP is the first to develop manufacturing and testing processes for fasteners with Custom Age 625+. Best of all it is less expensive and expected to soon replace MP-35 as the material of choice in the high strength, super-alloy field. Typical tensile strength is 260,000 psi.


CYLINDER HEAD STUDS
It is for good reason that virtually every top professional engine builder relies on ARP Pro Series head studs for their all-out competition powerplants. Simply stated, there’s not a better stud setup on the market today. For openers, ARP uses a premium grade 8740 alloy that is rated far superior to “aircraft” quality. Then, each stud is placed vertically in special racks and precisely heat-treated to 200,000 psi. This procedure ensures complete heat penetration and the results are far superior to those lesser quality studs from other manufacturers who just dump pieces in a basket and hope for the best.

Following heat-treat, each stud is centerless ground to make it as close to perfectly concentric as possible. This procedure involves about ten very slight cuts and results in an exceptionally straight part. It’s important to note that lesser quality studs are not even centerless ground – the material is thread rolled in bar stock form (mostly before heat-treat, when the material is easier to machine). Because ARP studs are manufactured to such exacting tolerances, you will note that gaskets and cylinder heads literally glide into position and are perfectly aligned – something that won’t happen with inferior quality head studs.

ARP studs are thread rolled after heat-treat, which gives them about 1000% (that’s ten times) better fatigue strength than those studs that are threaded prior to heat-treat (a very common industry practice). It costs a lot more to do it this way, because it’s tough on tooling, but the results are well worth the extra effort.

You will also note that ARP offers specially undercut studs for several engines. This procedure (done only to the shorter studs) more equalizes the “stretch” of both studs, which makes for a more consistent clamping force – and one that compensates for head gasket compression when the cylinder heads are installed. This helps prevent blown head gaskets, and assures optimum engine sealing!

Premium quality heat-treated 8740 chrome moly steel head stud kits are available for most every domestic and import applications. You won’t find a better quality stud on the market from any other source. Look for ARP stamped on each stud as your assurance of quality. Clearly, they are the best on the market today, and the favorite of leading professional engine builders in all forms of racing.

HEAD STUDS vs. BOLTS... A TECHNICAL DISCUSSION
ARP’s factory Tech Representatives are often asked which is better, cylinder head studs or bolts. The answer, invariably, depends on the installation. On many street-driven vehicles, where master cylinders and other items protrude into the engine compartment, it’s probably necessary to use head bolts so that the cylinder heads can be removed with the engine in the car.

For most applications, however, studs are recommended. And for good reason. Using studs will make it much easier to assemble an engine (especially a racing powerplant which must be serviced frequently and quickly!) with the cylinder head and gasket assured of proper alignment.

Studs also provide more accurate and consistent torque loading. Here’s why. When you use bolts to secure the head, the fastener is actually being “twisted” while it’s being torqued to the proper reading. Accordingly, the bolt is reacting to two different forces simultaneously. A stud should be installed in a “relaxed” mode – never crank it in tightly using a jammed nut.

If everything is right, the stud should be installed finger tight. Then, when applying torque to the nut, the stud will stretch only on the vertical axis. Remember, an undercut shorter stud will have a rate similar to a longer, standard shank stud. This provides a more even clamping force on the head. Because the head gasket will compress upon initial torquing, make sure studs and bolts are re-torqued after the engine has been run. 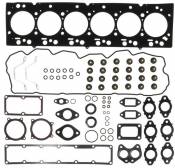 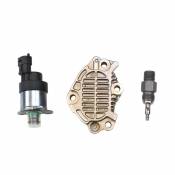 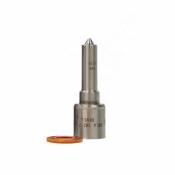 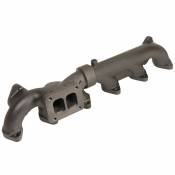