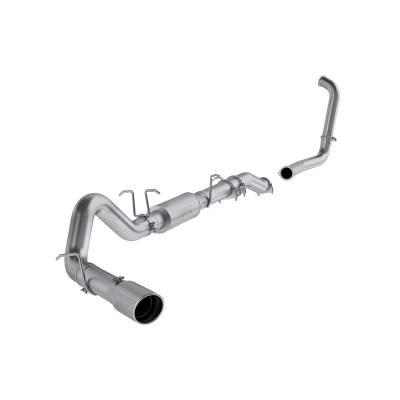 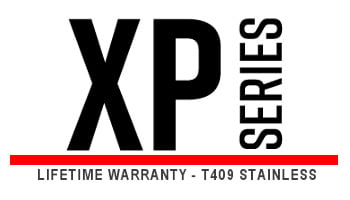 This system's rugged sixteen gauge T409 Stainless Steel construction can be counted on to withstand everything from salt to rocks, tar to grime. We have had such success with this line that we back it with a Lifetime Warranty.

Please Note: This series may, with time, develop surface rust which is not covered by the warranty. Wintry road conditions and road treatments may accelerate this process.

Built to Perform
You count on your Truck to handle whatever you need it to do. With MBRP performance exhaust you can make that happen with Up to 18 more horsepower and 28 ft/lb more torque not to mention lower EGTs. More pulling power, improved throttle response, greater fuel efficiency, with an MBRP diesel performance exhaust you will be amazed at what your Truck can do.

Easy Installation
MBRP systems are as much fun to install as to drive with on your Truck. Bolt-on, no weld design makes installation a no hassle one and a half to two hMBRP's project. Everything is direct fit to the OEM hangers and you get All the clamps and parts you will need, All in one box, no matter what configuration of Truck you have.

Sound and Style
Performance is one thing but at MBRP we believe that appearance and sound are just as important. Every MBRP performance exhaust system has been specifically tuned to get the optimal sound from your pickup. With MBRP's new stamped logo on the Tip and MBRP's unmistakable styling, there's no question that you have the hottest performance exhaust on the road-MBRP. 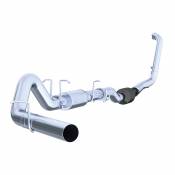